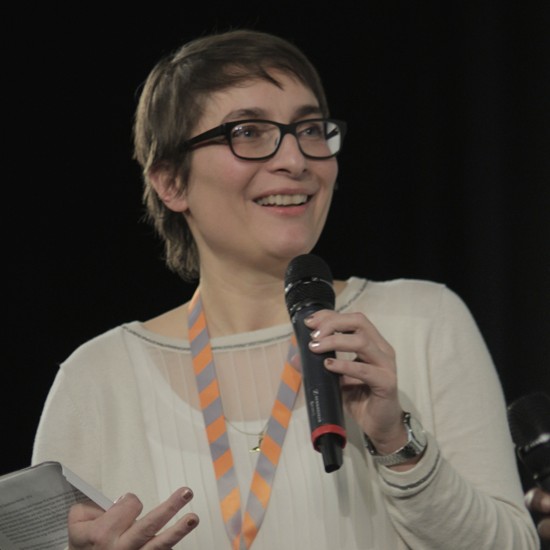 Nanna Heidenreich is a professor for Digital Narratives – Theory at the ifs internationale filmschule köln (in Cologne, Germany) since October 2016. In the summer of 2016 she was visiting professor for media & cultural studies at the University of Hildesheim and from 2011-2016 she was a lecturer/researcher in media studies at the University of the Arts in Braunschweig. Since 2009 she is also curator for the Berlinale program Forum Expanded (together with Stefanie Schulte Strathaus, Anselm Franke, Ulrich Ziemons and since 2016 Khaled Abulwahed) and since November 2015 she works as a researcher and curator for the Haus der Kulturen der Welt in Berlin (projects include “Now is the time of monsters. What comes after nations?” and “Soundtracks”). Until 2009 she was a member of the antiracist network Kanak Attak, and she is part of the network critical migration and border regime studies (kritnet). In 2016 she joined the preparations for the “Tribunal Unraveling the NSU-Complex”. She has published widley on migration, visual culture, postcolonial media theory, art and activism, queer theory and has edited several DVDs (political, experimental and feminist filmmaking practices). Occasionally she develops independent curatorial projects with film/video and works as a translator (English-German). She lives in Berlin.